During a live interview with GOLOCALProv just steps from the entrance to Rhode Island’s House of Representatives, Neighborhood Health Plan of Rhode Island President and CEO Peter Marino spoke frankly about the potential dangers of Governor Raimondo’s proposed 2019 budget.

“There’s four or five items in the governor’s budget [that], when taken together, represent a major impact on Neighborhood as a company,” Marino said. “We are a strong company, we employ mostly Rhode Islanders, and we deliver great care. Nationally, we are one of the top ten plans in the country. So it doesn’t seem to make sense to us.” 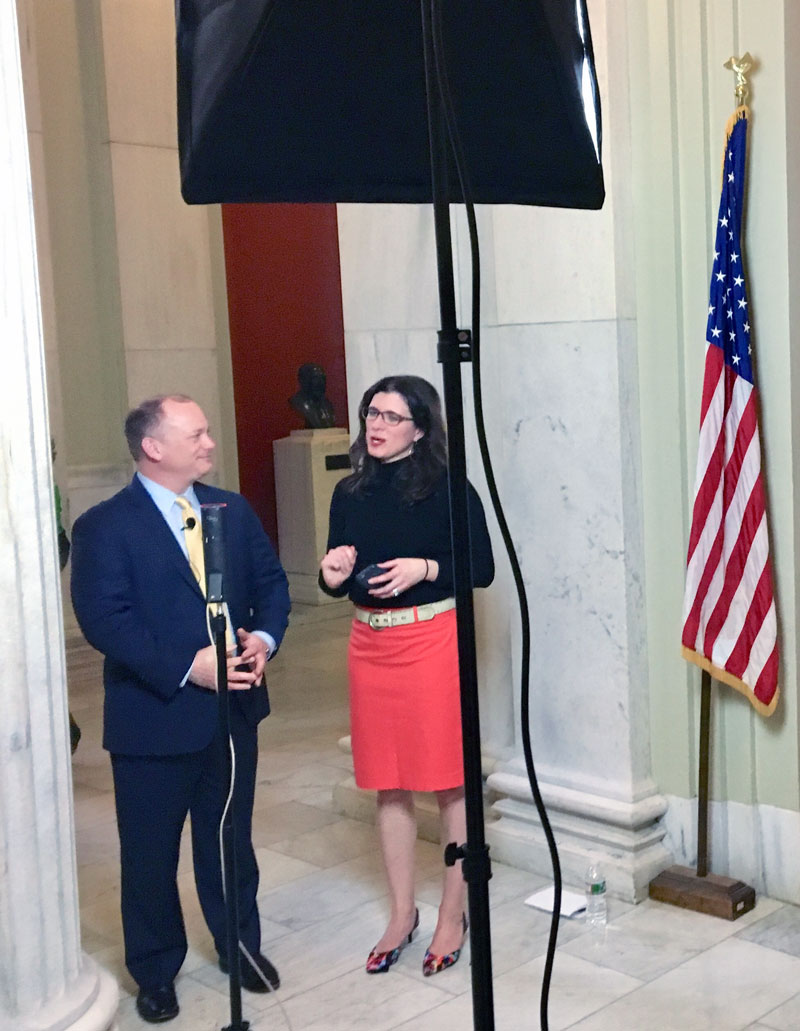 While Marino understands the state’s financial predicament, he talked about the disproportionate impact facing Neighborhood as one of the state’s Medicaid Managed Care Organizations.

“The governor’s budget had to solve a $200 million problem, and about $30 million of that is on the back of Neighborhood directly,” he explained. “There is a bottom-line impact to Neighborhood Health Plan of Rhode Island of about $32 million in the fiscal year. To put that in perspective, that’s one-third of our reserves.”

Marino offered a stark assessment of what the governor’s proposals might mean to Neighborhood and to the more than 207,000 Rhode Islanders the company serves.

“That is going to have a direct impact on our ability to deliver the kind of services that Medicaid folks across the state expect from us. Our job is member-first. We have to make sure that our folks we’re taking care of – that’s job one.  But there are likely some lines of business that we would have to reconsider how we would deliver them. We’d have to renegotiate with the state [about] what we are going to do and what may go back to the state,” Marino said.

“At the end of the day, we are a more cost-effective option to the state than having the state run those programs. We know we’re the right choice, but they have to adequately fund it for us to be able to do it right.”

Marino recognized that the budget process is ongoing, and he expressed optimism about what’s to come.

“We think the capabilities of Neighborhood are bar-none,” Marino explained. “Nobody else can deliver the care Neighborhood does – and I’m optimistic because the legislature certainly sees eye-to-eye with [our] mission.”

“We’ve had very good success in the past of working with the [House] Speaker and the [Senate] President to identify what the real priorities are. And they have always taken into account not only Neighborhood, but all Medicaid recipients, making sure we are taking care of those who are most vulnerable,” Marino concluded.