Step into Warren’s Providence apartment, and the first thing you see is a wall full of his most precious memories.

About half of them are family photos.

The other half are notes he’s received from Neighborhood Health Plan of Rhode Island. They come from Rosemary, the Health and Wellness Specialist who heads up Neighborhood’s “Quit for Life” program.

“I work with people by telephone to help them try to quit smoking,” Rosemary explains. “If someone makes some really good individual strides, I will send them a ‘Certificate of Success’ because I want them to feel like they’ve done well so far and they can continue to do well.”

Warren smoked cigarettes for close to 36 years before he called Rosemary back in 2013.

“It was bad, it was bad; I couldn’t even walk up the stairs,” Warren says.

Finally, he told himself he couldn’t go on like that anymore.  “And I put the pack down,” he says. “That’s when I got in touch with Rosemary.”

“I work with our members about understanding nicotine dependence,” Rosemary says.

“What does nicotine do to your brain? Why is it so hard to give up the cigarettes? And then there are the learned behaviors. You know, when you have been a smoker for 20 years, it becomes part of who you are, part of your daily routines. If people could just throw it away, they would just throw it away. But they can’t.” 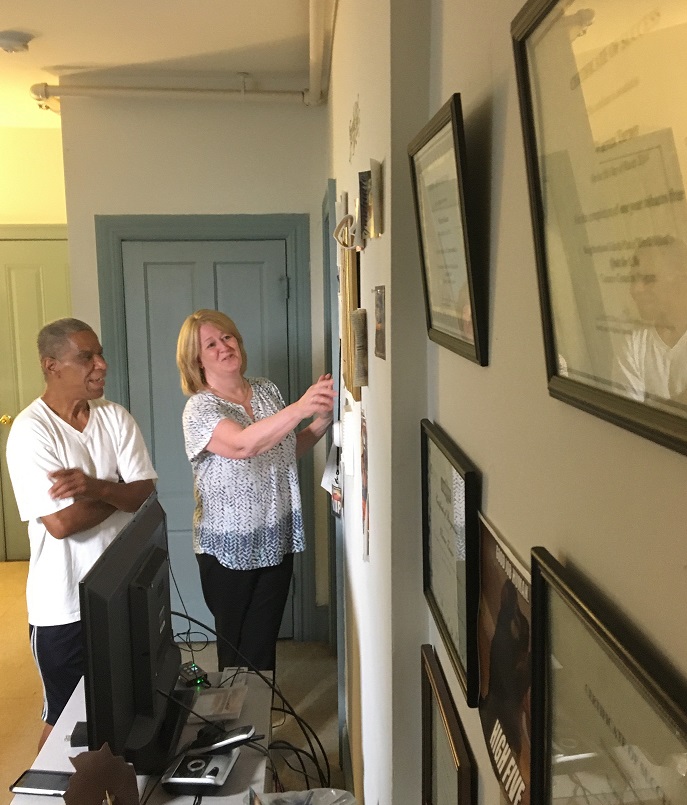 Rather than going it alone, Neighborhood’s members have access to Rosemary’s advice, based on decades of helping people quit smoking.

Neighborhood goes above and beyond for members trying to give up cigarettes, providing them with things to keep their minds – and mouths – focused on something other than smoking. Neighborhood sends its members “sugarless gum, sugarless mints, word search books, and little bendable sticks that people can use to keep their hands busy,” Rosemary points out.

“And it’s amazing how helpful those things can be to people,” she adds.

That’s part of Warren’s success strategy: he’s always got a pack of gum in his pocket these days. And he’s been tobacco-free for almost five years.

“I’m very proud of myself, and the people that helped me get there,” he says.

Rosemary is quick to point out that Warren did all the work when it came to quitting; she was just there to offer support. Both of them are grateful that that Neighborhood Health Plan of Rhode Island makes smoking cessation a priority for its members.

Rosemary sums it up well: “Neighborhood is so much more than your typical health plan.”