Helen and Carl offered Rafi a place in their home, as his foster parents, when he was about 5 years old. Today, 22 years later, they’re still his primary caregivers, and he’s every bit a part of their family – which also includes their five biological kids, all of whom are grown and on their own.

“I used to say, out of the five kids, when I came home from work Rafi was the happiest see me,” Carl explains, as he tears up at the memory.

He and Helen are retired now, and caring for Rafi is their top job.

“This is just a house, it’s not a hospital,” Carl says of their immaculate East Providence home. “And Raff needs a lot of care and a lot of specialized equipment.”

But Helen and Carol are both quick to point out that they’re just one part of Rafi’s care plan – a plan they’re thrilled to say also includes Neighborhood Health Plan of Rhode Island.

“If we have to get in touch with Neighborhood, it’s usually customer service you go to directly. And they answer the phone immediately,” Helen says. “And it’s a person!  You get a real person! And I am amazed at that because you don’t get that anywhere! You know, Neighborhood has got it down for people; they are people people.”

Carl echoes that feeling: “It’s fantastic, we feel so much better when we call,” he says. “Neighborhood always was, and still is, very helpful as [Rafi’s] needs change and as he grows.”

And Rafi’s case is a complicated one. Over the years, he’s moved through different lines of business at Neighborhood – and has never experienced one interruption in his care. 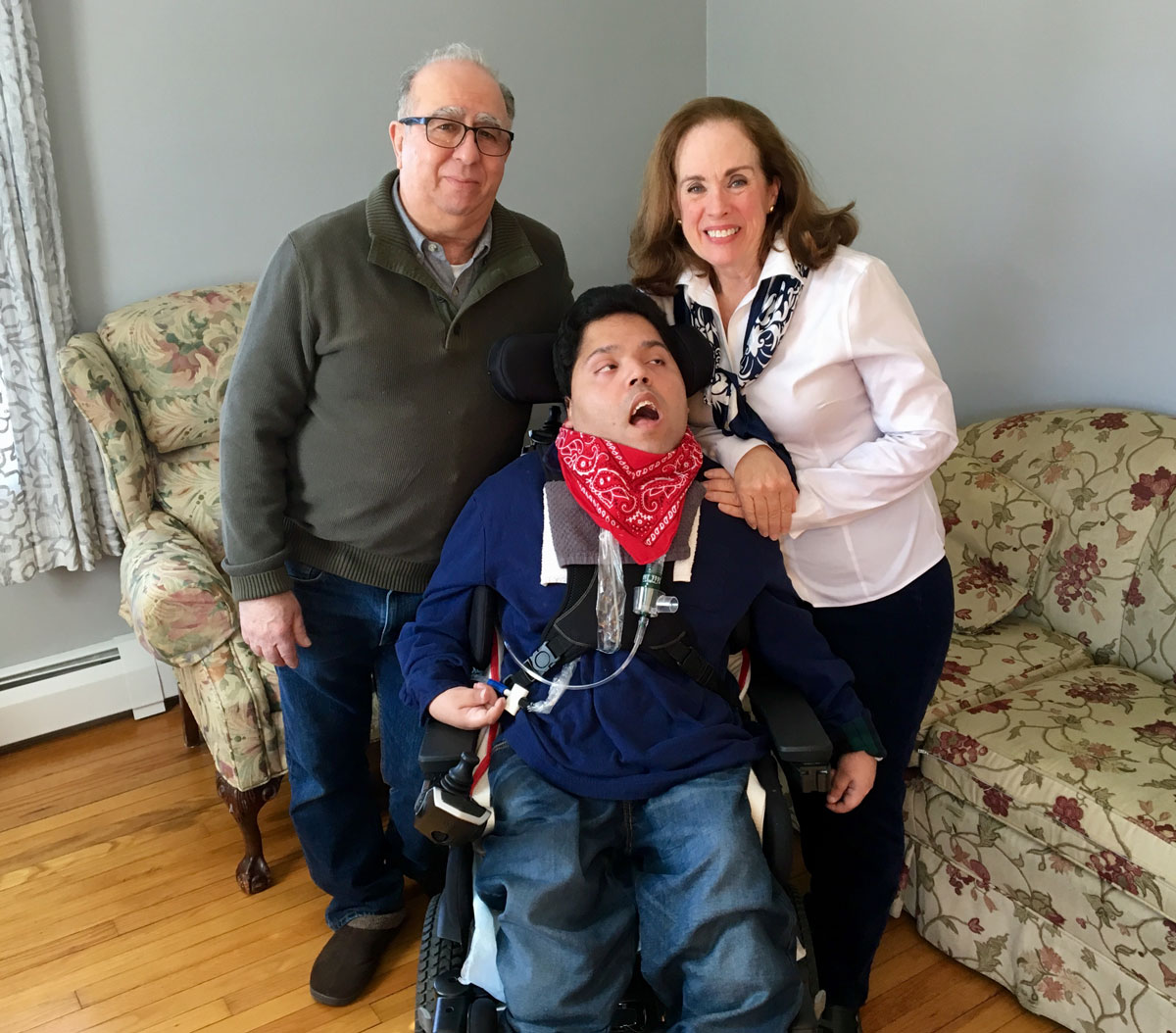 Making sure that our members have that level of care continuity is part of the reason Neighborhood exists in the first place.

“In Rafi’s case, being able to facilitate the transition from a more pediatric child care into adulthood and being able to keep track of clinical changes while offering that level of continuity is extremely important,” explains Michelle Lupoli, RN, Neighborhood’s Vice President of Medical Management.

“Nobody can do this by themselves; he is 24/7, he really is,” Helen says. “But I don’t have to worry about Neighborhood. I’m so happy that I have them! I really am!”

When Rafi was a little boy, before he met Helen and Carl, he spent a full year living at Hasbro Children’s Hospital.  His family is convinced he’s thriving as an adult because he’s remained in their house.

“He wouldn’t survive in the hospital,” Carl says. “Rafi thrives with the one on one, with being able to hear people he knows every day, personal contact. It’s so much different in a hospital setting.”

Again, that’s an example of the vital role Neighborhood plays as a Medicaid managed care organization, according to Lupoli.

“We want to offer the opportunity to give people choice,” she says. “They do not have to always have the path of being institutionalized. With the right support, they can stay home, in a home and loving environment from their families.”

That consistency is truly life-changing. Neighborhood strives to make our members’ lives easier and to provide some level of comfort, adds Lupoli. “Neighborhood can be the one constant, a lifeline, a navigator, to be able to manage what is really a very complicated and fragmented healthcare delivery system,” she adds.

That’s certainly the goal – and when you meet people like Helen and Carl, it’s easy to see how much it means to people when that goal is achieved.

“If you have a child who wasn’t well sitting at home, how important would it be for you to have someone help you, and guide you through getting the child better?” asks Carl. “That’s how important people at Neighborhood are to us. They help us make Rafi’s life more comfortable, to make his life better.”